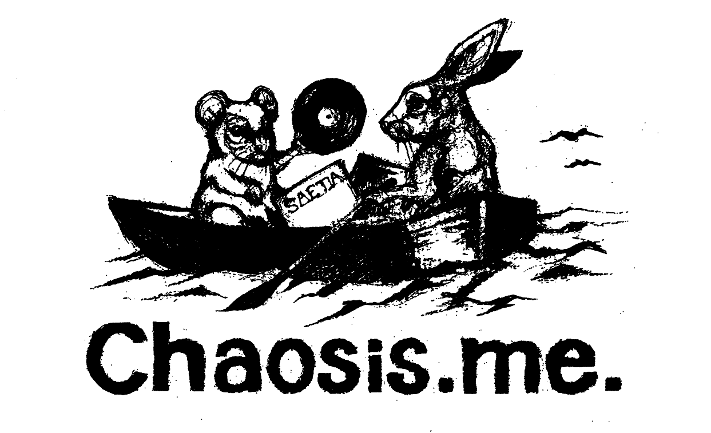 True story. It all began by chance. I was packing everything after a show, the bands were already gone and we did a last check to be sure nobody forgot any of their stuff. Just before leaving I found a "Laudare" patch on the floor. I asked if it belongs to someone, got no answer, so I put it in my pocket. Then a couple of months passed away. I wore the jacket that I had worn that night and was crouching in my pocket and found that Laudare patch again. The artwork of this patch representing stained glass was so cool that I had to listen to the band. I remember when I was young that I sometimes chose the CD I bought just because the artwork was beautiful (I bought the Seventh Son of a Seventh Son tape by Iron Maiden just because of the artwork). It was the same feeling. I came back home check their bandcamp and was instantly stocked by what I heard. Their music is unique. Then what ? I just decided I wanted to get their lastest release called d.é.o.m.é. I sent them an e-mail asking for it and just realized at this moment that they were going to tour in October. We booked a date for the gig. That's it. True hazardous story.

Speaking of the band itself and their music is not that simple, especially when English is not your native language. I'll try to, but please be indulgent with me. Laudare is a pretty new band, they started in 2017. Their drummer (Jussi) was playing in a band called Amber which does not sound like Laudare at all (check below).

Their music is mixing a lot of different styles, the voices can be spoken words or screaming. There are two singers Luise and Daniel. The parts which are screamed are mostly done by Luise, the spoken ones -if I'm not wrong- are done by Daniel. Luise's voice is super powerful and intense and fit exactly with the music they are playing. Just for hearing that voice I can't wait to see them live. Regarding their sounds I think you’d better have to listen to the album better than reading what I'm going to say. They are mixing Screamo (with the screaming voice), Black-Metal (I'm thinking of some kind of blast beats and guitar parts for instance in Begging Substance and ... And Coherence). Some parts are played with a clear guitar sound. There are also -in my opinion- inspirations from classical music. When you mix up all those things it give you a pretty strange but incredible result.

In my opinion Laudare is not just music, but an art project. For instance their vinyl physical release is a 100% D.I.Y object. There are a lot of different artworks in it, a piece of glass, and a red piece of tissue. I addition to that they also have a website (check it here) which is interactive.

I think you now understand the project. Laudare is something different, not just music but an art concept.

"Rudderless, we drift athwart a tempest,
And when once the storm of youth is past,
Without lyre, without lute or chorus,
Death the silent pilot comes at last
And within the grave there is no pleasure,
For the blindworm battens on the root,
And desire shudders into ashes,
And the tree of passion bears no fruit"

One last wistful glance
it's fading, it's waning
Our last woeful dance
as I'm tumbling, restraining

Or have I fallen
already
for you?

As Laudare is going to play in Paris on October 30 2019, we decided to interview them (by mail) before their show. Their words will probably be better than mine to describe their music and to convince you to come to that show.

Hi Laudare, you identify your music style as Violent Poetry. What does it exactly means ? By reading your lyrics we can easily understand why but I really want to have your explanation. By writting texts that are not related, to politics or about how the world is going on, do you consider Laudare as an apolitical band ?

The cornerstone of this project is its lyrics. In the case of d.é.o.m.é. the lyrics were written already before we actually teamed up to write music together. So I think the approach towards the music was quiet unusual. There was a room that existed already being filled with words, with meaning and it was up to us to find a suiting sound. Though we are all armed with different tastes for musical styles we knew that it would take a somewhat harsh, noisy direction. So we baptized it "Violent Poetry".

We are an apolitical band although it's members are not in their personal lives. Nowadays everything is "operating on a political mission" and although we have not discussed this in the beginning we found out that it is quiet comforting to not hold any specific flag in our hands, to create something that is "free from everything else". Writing political lyrics is quiet something and I think it affords a lot of knowledge, research and information. What you'll find usually is shallow phrases. Simplified statements about things so complex. Everything is interwoven, globalized and I feel like I actually don't know anything about how the world works. So I rather do not dare to say anything about it for someone knows definately better. For sure. The poetry is about the world within - not about the world outside.

By checking on the internet, I saw that Laudare is a Latin word meaning "praise" in english. What does it mean to you as a band, why did you choose such a name ? Is it related to you, to something religious, is it against religion ? In addition to that what does "d.é.o.m.é" (the name of the album) means ?

Rest and run, breathe and break. Laudare is about constant searching and longing. About rearing up against the experience of senselessness and agony and encountering it with an ebullient lust for life. About personal growth and regression; overcoming oneself and being restrained by ones flaws over and over again. Commiting to the circle of life and death, collapse and change. A never-ending journey. Fearing it constantly, loving it relentlessly; celebrating, praising every up and every down. Laudare! Is about faith, not about religion. Limitless. The title is a secret. Also to us. It has been quoted like this within a dream. We shall find out if we may, someday.

The music of Laudare is mixing different styles. Black metal, hardcore, screamo. In some songs there are some parts that reminds me of classical music (especially in "... And Coherence"). Your music style is pretty unique. By speaking of that with a friend he told me that your music sounds "baroque" (and I do agree). What was the process of creating such a kind of music, what are your influences ? If I'm not wrong I saw that you were looking for musicians to play "d.é.o.m.é" in acoustic with cello, piano ... Does it mean that the album was composed to be played in both styles ?

The way Laudare sounds mostly is because it's members are influenced by various, very different kinds of music. For my part I'm digging deeper into classical music with every day and by the time d.é.o.m.é. was written I was focused on baroque music especially so I'm sure I've gained a lot of inspiration from there. Also studies on classical guitar-playing guided a lot of the arrangements. Furthermore we took a more detailed approach towards the interaction between bass and guitar to create more counterpoint-like melodies. Since we are only 3 people it is important to have every instrument being independent as well as complementing to the rest. We are always looking for new people to get involved with Laudare. Being a band is not enough so we are always looking for other musicians and instruments to get involved. Right now arrangements are written also with classical instruments. Not for d.é.o.m.é. though. This was not planned in the first place and right now we are working on completely new material.

Last question as we are doing the interview before your Paris show. What will you say to people to tell them to come at your show ? You know there are so many shows in Paris that I really want people to come see you in live but I think my words are not strong enough to convince them, so what will be yours ?

It happened to us twice that people came after a show with tears in their eyes. They were literally crying for being touched by the performance. Also there is these seconds of comforting silence after the last note of our set is played. This is magic. I think we are not only an intense live band - hints of a theatre play shall be promised. Come to convince. Come. Feast.